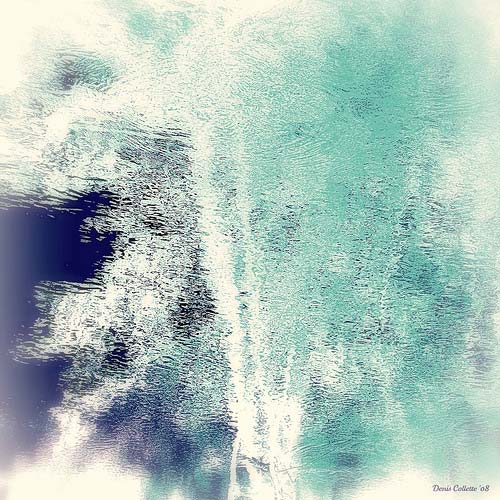 Wow. Just wow. That's how I describe Saya no Uta (Song of Saya), a horror visual novel / H-game created by Nitroplus in 2003. Saya no Uta transcends beyond any perception of the horror genre that one may have. It goes way above and beyond, and delivers spectacularly.

Fuminori Sakisaka is the victim of a near-fatal car crash that killed both his parents. In order to save his life, Fuminori undergoes an experimental brain surgery. To the doctors, it seems like a miracle that he survived. However, the surgery left Fuminori with a terrible side-effect: all of his senses are warped. Everywhere he looks, Fuminori sees the world covered in blood and flesh, and normal humans look like monsters to him.

Fuminori's other senses follow suit. Food that would normally be delicious tastes hideous to him. His senses of hearing, smell, and touch are all affected in the same manner. Fuminori is aware of his condition, and he knows that others still perceive the world as they normally would. However, no one else is aware of this condition. Except for

Saya. Having met Fuminori in the hospital shortly after his surgery, Saya is the only person that Fuminori sees as a normal human being. The two of them form a close relationship with each other. Clearly, one can see that Saya is a very mysterious girl. Why is she the only person that appears normal to Fuminori? Where did she come from? Why does she want to become so close to him? All of these questions are answered in an incredibly thrilling and twisted series of events that will captivate, shock, and disgust one all at the same time.

Saya no Uta is the sickest and most twisted horror story I have ever seen. And I absolutely love it. The story is told in a very linear fashion, making it very easy to understand what's going on. For me, this is a very good thing. One thing that's unique to the narrative is the constant POV changes. Some scenes are told from Fuminori's POV while others are told in the third-person. This interesting style takes a little bit of getting used to. However, it works, and is actually a necessary method of telling the story effectively.

Oh! I nearly forgot. I have been thinking about updating my website. There is something I really like about the site http://bistroambrosia.ca. Not actually certain exactly just what but needed opinions 🙂 Feedback on that would be fantastic. Ok back to it!

Saya no Uta isn't really much of a "game." It's short in length compared to other visual novels, and only consists of two decision points and three possible endings. Essentially, it is like reading a novel, only on a computer screen, and with pictures and voices. What it lacks in gameplay is made up for in it's story.

Rather than using the traditional visual novel method of putting a text box at the bottom of the screen, Saya no Uta overlays the text over the entire screen. It's an interesting way to present the story, and I like it. I feel that by displaying more text on the screen, it helps develop the feel that you are actually reading a novel, which in turn enhances the overall experience of the story.

Although Saya no Uta has not yet seen an official US release, there is an English patch available, and I must say the translators did an outstanding job in capturing the intended feel of the game. Although I haven't played the game in Japanese, I can tell that little to nothing was "lost in translation."

The artwork is outstanding, making it easy for one to "put themselves in the shoes" of Fuminori and feel like they are experiencing what he is going through. Be prepared to see some of the most grotesque images you've ever seen, as Saya no Uta does not skimp on the blood and gore.

Unfortunately, due to a sound card issue on my computer, the character voices weren't working when I played the game. Even without the voices, I still feel like I got the full effect of the game. After fixing the sound card issue, I did go back and replay some scenes, and from what I have seen, the voice acting is impeccable, as expected.

Saya no Uta is a demented, sadistic, and twisted story. There is so much about the story that is morally wrong, yet beautiful at the same time. It will stir up your emotions, appall you, and have you shaking in terror all simultaneously.

Clearly, Saya no Uta is not for everyone. But if you are a fan of horror stories and can stomach blood and gore, this is an absolute must.

I want to give credit for this posting in part to http://outlandoutfitting.com. I actually got the idea for this from I little piece I read on their website.

http://medicalfootsolutions.com - Happy I ran across these guys.
https://verticalthinkinginc.com - Again, thank you for giving the pics 🙂