"We're Making A Movie Yo" 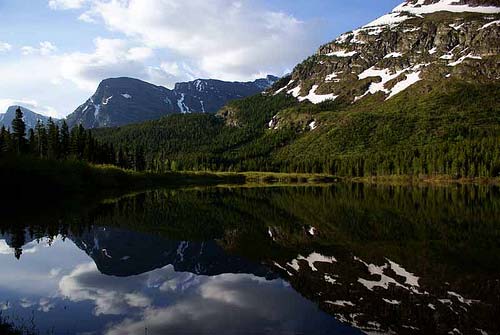 This past weekend was bad. I mean, not pretty at all, like curled up in a ball buried under my covers for half the day, semi-conscious and fighting for every moment of willing myself to go on" sorta bad. As an Artist sometime you can talk yourself into thinking things are way worse then they actually are. I was losing that mental battle yesterday. The stress of my job, crowdfunding, and vainly attempting to perfect a script I'd been working for almost 2 years had taken it's toll. I had locked everyone out but the voices in my head wouldn't shut up. I felt like I was legitimately going crazy. I hadn't really slept in over 72 hours and was starting to lose it hardcore.

So here I am Tuesday evening, camped out on my bed with my laptop, working on business sponsorship proposals, hoping to sort some stuff out with my Director, talking to a real estate agent about location scouting, and trying not to lose my mind. Safe to say, it's an uphill battle. This going to sound cliche but I'm gonna go for it anyhow, every time I open the Indiegogo campaign page for TLFD and rewatch teaser, letting the lighting and angles Matt set up create the desired atmosphere and Torey knock the socks off that monologue, I get this grin on my face I can't wipe away because I know any sorta sh*t that I have to go through to pull this film off will be totally worth it to see truthful words come alive. Honesty resonates deep. Its weird when your words become something other then just words, you know, they take on a life of their own.

Sidebar! Trying to help redesign the overarching vibe for my current page. Thinking regarding the whole feel of https://allbritemaintenance.com/? Really a powerful philadelphia based cleaning service with heart if, perhaps required inside the general PENNSYLVANIA territory. Write your feedback. Appreciated!

I'm blessed to have the opportunity to make quality films, blessed to have people willing to come on the journey with me, and ultimately whatever battle scars are secured through the toil, it'll be ok.

The question was bound to come up. And I won't say I wasn't looking forward to explaining what exactly the title of my next film actually means. THOSE LIGHTER FLUID DAYS. A bunch of words that don't usually go together. Its kinda funny how titles slowly take on even more meaning to those involved and to the characters themselves as the production develops and everyone is forced to delve deeper into the emotional motivation of the whole piece.

For those who are curious, TLFD was not intended to be biographical but it's sorta ended up that way. Bits and pieces of Bree's struggle have slowly surfaced in the lives of yours truly, Torey, (our female lead) and Adrian (Our fearless Director). We can all pull from personal experience on the many aspects of what The March Family and Emerson are going through. Its actually slightly uncanny how close to home it all is.

As for Torey and Adrian's part in the "Art reflects Life" scenario, they can bare their souls whenever they see fit. My soul on the other hand is already on the page. THOSE LIGHTER FLUID DAYS is by far the most vulnerable piece of screenwriting I've ever displayed in public. The sentiment that Bree expresses, the weary "stuckness" of her situation is something I've battled through on so many different levels. I suspect with the way the teaser has been received with such a hearty flurry of support, I'm not the only one who gets it. I choose Lighter Fluid for one main reason, Lighter Fluid in itself is not a volatile substance. Its only when a spark is applied that is has the ability to illuminate/enlighten or simply devour and destroy. But on it's own, it's not really worth a whole lot. In my mind, people can translate quite similarly. What are we really worth if we don't choose to engage in the world around us? Its going back to that whole idea of LIVE > EXIST. Sometimes we let ourselves fall into apathy because, let's face it, life and people can just suck. Its so easy to convince ourselves that a self-contained defensive mechanism littered existence is the safest way to go. Ok safe maybe, worth living? Hell. No.

What can force us from our bubble, push aside of our walls, and go ahead and risk actually living, falling in love, getting our heart broken, creating, falling, failing, picking ourselves up again and helping other to do the same. These are questions Bree finds herself asking.

She's battered, close to broken, she's the Vessel, and the Fuel but she's searching for the Spark.

Will she find it? August will not come soon enough.

I broke myself today.

4 massive rewrites for my latest short film THOSE LIGHTER FLUID DAYS in less then a 2 weeks, all on vastly different emotional planes. My heart and mind are drained. Its like writers back lash. I gave everything away to my characters and forgot to leave anything for myself. Sitting here, I feel limp, expended, like I've got nothing else to offer. I've already had a good cry and downed way too many cups of coffee. Maybe it's because it's pouring rain outside or what not, I don't know. I tweeted about 20 minutes ago "When stuff gets tough, I write. Its that simple." And honestly it is. That's what I'm doing right now.

The process of writing THOSE LIGHTER FLUID DAYS has been like nothing else I've experienced of late. I'm not directing the film, but clearly I am writing the damn thing. And writing, and rewriting, and then rewriting some more. I don't want this to come off sounding like I'm simply bitching cause honestly I've LOVED every minute of it, even the sucky parts. As worthless as I feel, it's also been an incredibly empowering past couple of days. All the various takes on the characters and their lives and actions (and let me tell you they have been HUGELY different) has displayed to myself and others that I can buckle down and tell a story from so many sides. Its pretty mind-blowing. I can't begin to fully thank the people who have come along side me during the process (its not even close to being over and done with just yet.) For their willingness to give feedback and try to get me to rest my mind (HA! That's a funny one Matt, try again.)

Its been nuts. Its been so tiring. Its been, well, clichely enough (yeah now I'm making up words) wordless, there aren't words anymore. I've run out of words and it'll be a few days before I get them back. Sitting here listening to The Flaming Lips sing about giant pink robots and having my mom call me from below to finish cleaning up the dishes, I'm oddly ok with being broken. I gave it my all. I'll continue to do so.

There's something poetic about the whole thing. And when the words come back, I'll write about it. Until then *SHRUG* I'm still here.

For the last couple days I've had dreams on the brain. Watched a short vlog from a friend of mine and (Derps & Chortles Harlan Dicusses his Dreams and Dreams in general) and now my mind won't stop thinking about those odd cobbled together situations you find yourself in when you're passed out.

Several websites, books and science journals later + watching a Nova episode concerning the science and physiological make-up of dreams I went ahead and started a dream journal.

I don't think there's any denying that dreams are rather fascinating, while unlike Freud I don't believe every single thing in your dreams are or have to be sexually driven I do believe they mean something.

It would be hard to argue that dreams don't play a large part in society and the way the human mind processes the events of the day. My dream journal is proof of that. I'm currently stressing about my job and several employee transitions that are going on so yeah, guess what showed up in my dreams?

Not to mention a Halloween party with some long lost "friends" where I was operating two DSLR cameras both of which we're broken with faulty sound equipment and a Director who didn't know his lenses. I wonder what I do for a career? #ProducerMuch

Now what do I mean by "Of dreams and DREAMS"? There are the two types of dreams in my estimation, and no I'm not talking about REM and non-REM dreaming. I'm talking about dreams; the type you have when you're unconscious and then DREAMS; aspirations you have for your life, places you wanna go, people you wanna see, things you want to accomplish. There are few things more depressing then talking to someone and discovering they really don't have any DREAMS for their life. They're ok with merely EXISTING. *gets on soap box* I'm gonna state it right now, my Generation cannot afford to just exist. Where society is today there is absolutely no room for apathy. Apathy will only allow those who do have really bad DREAMS to royally screw us all over. The World is a messed up place with a lot of problems, and it's up to us to start caring, get some DREAMS and get a move on with this whole "Making a Difference in the World around us" thing. I put out this declaration specifically to people my age (late teens, early 20s), I truly believe there's a general feeling of unrest brewing in the hearts and minds of young Americans. I honestly don't think most of those without DREAMS are actually happy with the state they're in. Secretly they want to be a part of something beyond themselves. Hence why KONY 2012 and OCCUPY WALLSTREET took off the way they did.

As an Indie Filmmaker, my platform to change the world is my work, the visual medium in which I tell stories, stories that provoke thought, start conversation, get people thinking. It took me a while to figure this out, esp how to go about it in a manner that wouldn't hurt or ostracize people I care about. Tough questions are hard to ask but they are necessary.

I'll be asking a lot of tough questions in my next short film THOSE LIGHTER FLUID DAYS, a 30 minute drama concerning a young woman fighting to find artistic inspiration and overcome the limitations of her broken family life in the heart of the Dirty South. Its gonna be a doozy. Addressing issues like Domestic Violence and Alcoholism, we're hitting them hard and staying true. I've got a great team on board, people who both dream and DREAM big. Recently I realized I've been living by a motto of sorts, one that is certainlly supports the "DREAM big" idea.

Plain and simple. I want my films to embody this. No half-baked storylines, no settling for second best, cast, crew, locations. Work my hardest to tell the stories that need to be told, the ones my soul aches to release. Its this sort of passion and determination that I feel should drive projects. I'm not saying they'll be perfect (because even perfect can be dull and unprovoking)but they will be honest. So be bold, be wise, be passionate, be wrong, be a DREAMER by every possible definition. Mentally wear the shirt I'm having made up.

"Oh don't mind me. I'm just changing the World and stuff." I dare you.

Certainly, naturally I want to say the basic overview to this excellent blog had been given by Anthony at ajbdental.com. Definitely an awesome dental clinics. We certainly relish a wonderful tip!